Thanksgiving is a wonderful time of year; it gives us a chance to relax and reflect on the things we are truly grateful for.

At Secur-Tek, we’ve had a wonderful year and would like to thank

We are also grateful for the incredible North Carolina Triangle area that we are privileged to live in and serve.

If you’ll be sharing this holiday with those you care about, here are some fun Thanksgiving trivia questions to banter about over that delicious pumpkin pie.

See how many of these you know!

Where was the first Thanksgiving?

Colonists and the Wampanoag tribe shared a harvest feast in 1621 at Plymouth, Massachusetts which is widely acknowledged as one of the first Thanksgiving celebrations.

But some historians argue that Massachusetts may not have been the true location of our first Thanksgiving. They note that nearly 60 years before the Plymouth celebration, a Spanish fleet landed in Florida and planted a cross on the sandy beach to christen the new settlement of St. Augustine. To celebrate the arrival and give thanks for God’s providence, the eight hundred Spanish settlers shared a festive meal with the native Timucuan people.

When was the first American call for a national Thanksgiving?

Which president refused to recognize Thanksgiving?

Thomas Jefferson was famously the only Founding Father and early president who refused to declare days of thanksgiving and feasting. Unlike his political rivals, the Federalists, Jefferson believed in “a wall of separation between Church and State” and believed that endorsing such celebrations as president would be equivalent to promoting state-sponsored religious worship.

How long has pumpkin pie been a traditional part of Thanksgiving?

Pumpkin pie was a staple on New England Thanksgiving tables as far back as the turn of the 18th century. Legend has it that the Connecticut town of Colchester postponed its Thanksgiving feast for a week in 1705 due to a molasses shortage. There could simply be no Thanksgiving without pumpkin pie.

Why is football a Thanksgiving tradition?

The first Thanksgiving football game was a college match between Yale and Princeton in 1876, way before there was anything called the NFL. Soon after, Thanksgiving Day was selected as the date of the college football championships. By the 1890s, thousands of college and high school football rivalries were played every Thanksgiving.

When was the first Macy’s Thanksgiving Day Parade?

To celebrate the expansion of its Herald Square superstore, Macy’s announced its first “Big Christmas Parade” two weeks before Thanksgiving in 1924, promising floats, bands, and an animal circus. It was a tremendous success! Macy’s later trimmed the parade route from six to two miles and signed a TV contract with NBC to broadcast the now-famous Macy’s Thanksgiving Day Parade.

Wishing you and your loved ones a safe and Happy Thanksgiving from Secur-Tek, Inc!

If you would like a whole collection of Thanksgiving trivia and answers to play as a game – here is a website you can reference: https://www.brightful.me/blog/thanksgiving-trivia/


For customers with service requests or billing questions, please call (919) 387-1800 or send us an email using the links on this line.
Also, please review our Privacy Policy
Security & Home Automation

Ask Secur-Tek about SkyBell — the smart video doorbell that allows you to see, hear, and speak to the visitor at your door from your smart phone. 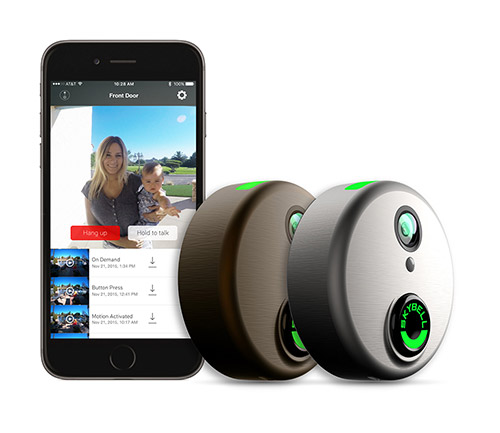